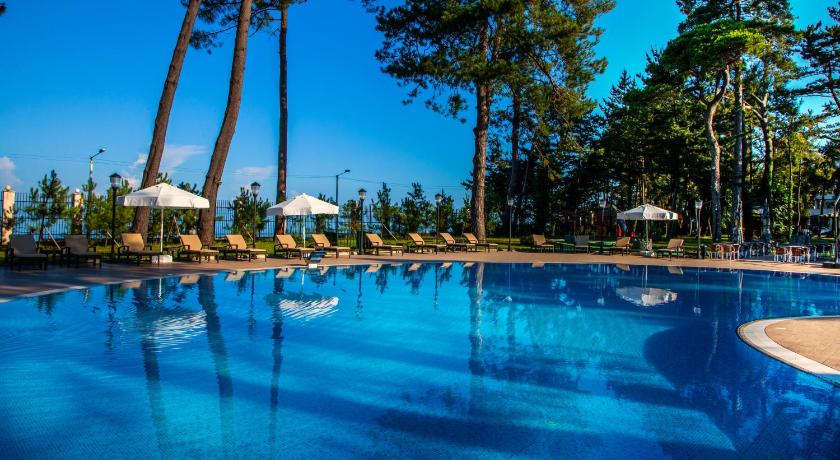 Why Batumi Georgia has the most beautiful visits?

In this article “Best Tours in Batumi Georgia” we see what distinguishes Batumi as one of the most important cities .

Inside it, you can enjoy a special charm and history with an exceptional nature .

In addition, to being a first-class tourist city.

But it is also one of the most important poles of eco-tourism and also has a tourist position on the global map.

Batumi Georgia has a tourist look for summer :

Why Batumi Georgia has a tourist look and what Adjara has to do with it ?

For that, actually There are many answers to respond to why Batumi Georgia has the most beautiful visits.

Without any doubt we can start from the forest parks and reserves located in the Adjara region.

One of the existing reserves there is the most important of which is the Mtirala Forest Park.

In the Adjara region, you can visit one of the most beautiful cities of the Black Sea, the city of “Batumi”.

Batumi, with its old or new architectural buildings and International Sea Street that represents the best of modern Georgia.

In Georgia, as in many civilized countries, regional protection of nature has a long history.

For centuries, people have protected the natural areas mainly because of religious beliefs .

Best tours in Forests that represent icons of the time of emperors:

In the mountains of Georgia there were so-called “iconic forests”,

The hunting ground for kings and emperors, and church forests.

We can say that those were typical prohibitions.

Reservations in the seventeenth century:

In the 17th century, Vakhtang VI issued the “Collection of Laws” according to which we considered the region an object of protection.

They prohibited to cut trees and wander around the protected areas .

Because of its beauty, it was seen as sacred areas, where the guards were guarding the area because it belonged to the churches and the king.

The beginning of the history of the establishment of natural reserves in Georgia :

The creation of protected areas based on scientific achievements in Georgia .

That began in the 1920s, when the country became part of the Russian Empire and again became a European cultural region.

The starting point for this new phase was the creation of the first lagodekhi National Nature Reserve in the Caucasus in 1912.

History of protected natural areas in the second half of the twentieth century:

The first protected areas in Adjara – Kintrishi, Machakhela State Reserve – were created in 1959.

But in 1961, by decision of the central government of the Soviet Union, the Cascara Nature Reserve was abolished in one way or another.

In Adjara, on the slope of Cape Verde, there was a grove of the beautiful Colchian Forest, which had not been tampered with since ancient times, even before the Soviet period.

Mtirala is a paradise in the heart of  Batumi Adjara:

On November 3, 1912, the famous scientist Professor A. Krasnov founded the Batumi Botanical Garden.

In other words, we can clarify say that these natural wonders are in fact a natural extension of the Mtirala National Park .

In addition, we consider this section of  the world-renowned Batumi Botanical Garden as a pioneer of protected areas .

The most beautiful visits in Batumi Adjara and best tours in “Mtirala”:

Mtirala National Park was established in 2006 on the initiative of the Adjara County Protected Areas Agency.

Also, the Ministry of Environmental Protection and Natural Resources of  Georgia protected Mtirala .

Beside that also, the protection of the World Wildlife Fund and the Government of Norway.

Therefore, it is not by chance that they planned the garden in the most vulnerable part, where the wet climate is present in this archeological part of Adjara.

Mtirala consider as a model for development and a picturesque tourist destination:

Mtirala National Park is the only protected area on the basis of which it will provide an ideal model for marine and ecotourism.

This will undoubtedly lead to a significant increase in tourism flows and attract new investment, making Adjara the best economic possibility.

The influx of visitors will become a source of sustainable income for the population, which will of course increase the drivers that help the development of wildlife.

This is the principle of life: the park helps the area, and the area is the park.

Adjara is one of the most beautiful regions of Georgia, not only because of its wonderful nature.

It also features the charm of the Black Sea and sunny days.

But also with its warm and loving people, rich folk traditions and cultural riches.

Tourist diversity in Adjara and Batumi:

The nature of Adjara is very diverse, with its magnificent landscape of mountains and seas.

We see it in rich natural reserves, beautiful gardens, excellent cuisine and unique traditions that complement each other and attract Georgian and foreign tourists alike.

One of the richest and most luxurious botanical gardens in Adjara, there are botanical species drawn from completely different climatic and landscape areas.

Why Ecotourism and nature in Batumi are among the most beautiful visits:

The Mtirala National Park or the famous protected areas .

It looks like the other protected areas such as :

the “Kobuleti or the Kentrichi Nature Reserve”

Or the Machakhela national park are the best places for ecotourism enthusiasts.

In Adjara, you can learn about popular food and creativity, see the vineyards cultivated here, buy local craft products and participate in summer shows.

Also in Adjara, you can visit the unique Gonio Fortress dating back to the first century.

It connects one of the oldest parts of Georgia with ancient and Byzantine times.

You can also see the historic Petra Fortress, which links western Georgia to the Byzantine provinces at the time.