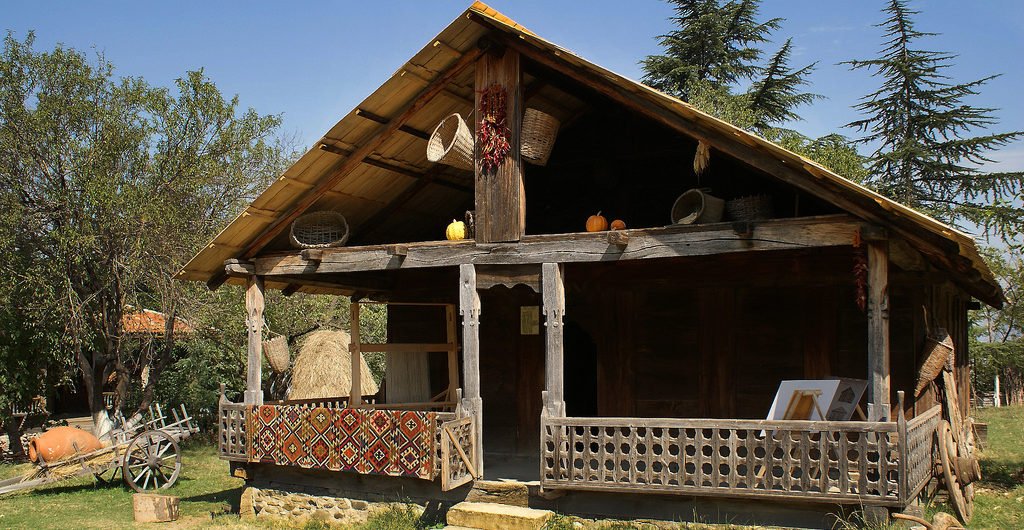 Tbilisi open air museum of Ethnography was founded on April 27, 1966.

The museum is named after Giorgi Chitaia, a Georgian ethnographer and founder of the museum. It was the first open air museum in the whole Caucasus.

Tbilisi Open air museum is disposed on the northern ridge of Mtatsminda mountain between the Vake Park and a picturesque area of Tortoise’s pond.

Also,the museum covers 50 hectares of land and is arranged in eleven zones where 70 houses and thrift buildings characteristic for the various parts of Georgia are disposed. The wooden houses have been moved piece by piece from their native villages.

Moreover,the museum displays more than 8000 items. The exhibition is represented according to the main territorial subdivisions of Georgia. There are traditional Darbazi-type and fiat-roofed houses from Eastern Georgia, wooden houses with gable roofs of straw or boards from western Georgia, towers from mountainous provinces of Khevsureti, Khevi, Tusheti and Svaneti, wattle maize storages from Imereti and Samegrelo, Khakhetian wineries, Kartli water mills etc.

A collection of household items are is also noteworthy; it contains distaffs, chums, knitting frames, carpets, clothes, pottery, furniture and so on.

Furthermore,there is a basilica from Tianeti and a 6th-7th century burial vault with sarcophagus on the territory of the museum as well.

The festival of Art-gene is firmly connected with the museum. It is an annual folk culture festival held from 2004.

To read more about Tbilisi’s history and sightseeing ,click here. 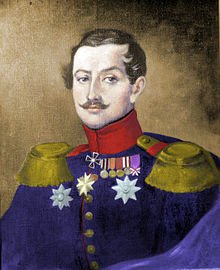 The art museum of Tbilisi Georgia, officially known as Shalva Amiranashvili museum of Fine arts is one of the most important museums in Georgia.

History of the building

Not far from the Liberty Square it is a building of XIX century, in which more than half a century the museum of arts of Georgia is operating.

This is one of the largest museums in the world.

its funds are more than 140 thousand of Georgian, Oriental and European art.

A predecessor of the modern-day museum,Georgians opened the National art gallery, on February 1, 1920 through the efforts Europe-educated Georgian artists.

Out of it grew the central museum of Fine arts opened in Tbilisi in 1923.

At the end of 1932 they relocated the museum in the center of the old city near Metekhi church.

Consequently,the museum became officially known as the Art museum of Georgia in 1950, the same year when it moved to the building it now occupies.

It was the building of a former seminary in the imperial Russian period.

whose name is now a museum, played an important role to replenish the collection of the museum.

Part of Georgian art exhibits,The Georgian government returned it back from Europe, they also obtained the other part  from Private collections.

A third of all enamels in the world

It is worth noting that Georgia National museum of art includes almost a third of all enamels in the world.

Many of the enamels date back to the X-XII centuries.

Another interesting collection is samples of medieval coinage from VIII-XIII centuries.

Among them are the golden cup of the king Bagrat III and chest cross of Queen Tamara inlaid with precious stones.

Also, the museum has ancient icon Anchiskhati from VI century.

Important collection of the museum

The most important collection of the museum is Georgian art illustrating the development of national culture from ancient times to present.

Oriental art is next in its size and importance.

Furthermore,pieces of Persian art are the most noteworthy including several miniatures of court artists, beauties, portraits of Shahs, noblemen etc.

More info about sightseeing in Georgia YOU CAN SEE OUR BLOG, here 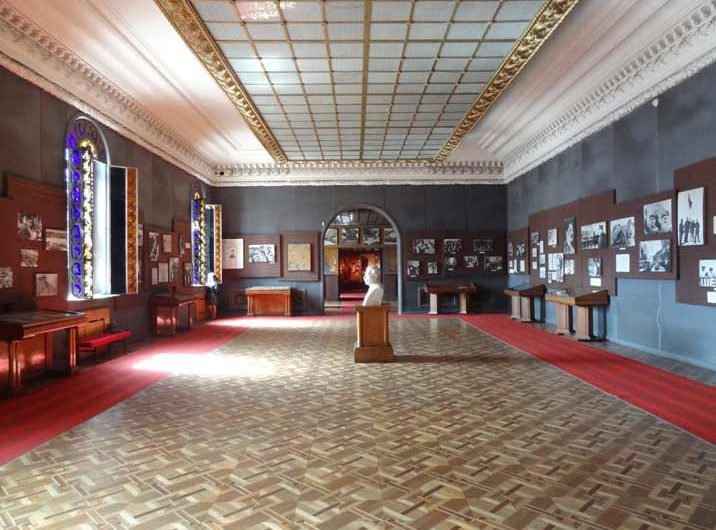 Joseph Stalin Museum is possibly one of the most interesting museums in Georgia.

Firstly, the museum is located in Gori, near the nation’s capital city, dedicated to the life of Joseph Stalin, the leader of the Soviet Union.

The main corpus of the complex began in 1951 ostensibly as a local history museum, but intended to become a memorial to Joseph Stalin.

The museum retained until recent years its soviet-era characteristics.

Distance from Batumi to Gonio is about 15 km, from Tbilisi-380 km.

Also, the museum was founded in 1994 based on the important historical and cultural significance of the Gonio Fortress.

It covers the area of Gonio-Apsaros fortress and its vicinities.

It is worth noting that public buildings are also found together with the material items such as pottery, bronze, silver, gold etc.

Visitors of the Museum can see :

The ancient fortress erected at the mouth of Chorokhi River, on the Black Sea shore.

Also, The fortress was a Roman fortification in Achara, 15 km south of Batumi.

In the 2nd century AD Gonio was a well-fortified Roman city within Colchis and it was also known for its theatre and hippodrome.

It later came under Byzantine influence.

Among the numerous artifacts found on the territory the most note-worthy is the set of gold things known as “Gonio Treasure”. They are undoubtedly brilliant samples of high level of craftsmanship and sophisticated art. In general, the material discovered on the territory belongs to different historical periods. Earliest samples date from VIII-VII cc. BC and the latest-XIX c. AD.