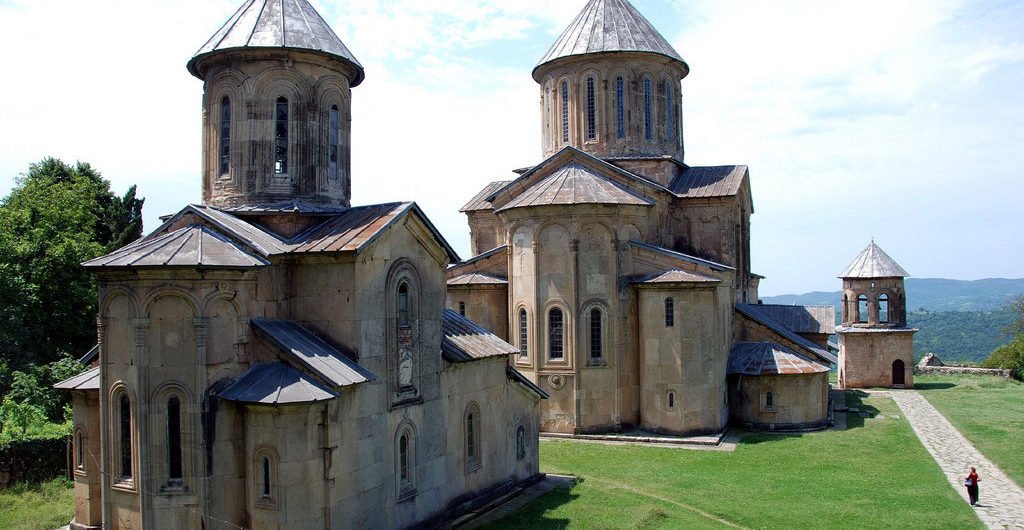 why Gelati monastery is important place :

Gelati monastery was not simply a monastery. It was a monastic complex which served as a center of science and education. An academy established there was one of the most important centers of culture in ancient Georgia.

Also, it should be mentioned,that monastery is important for its architecture as well.

There are mosaics, frescoes, enamel and metal works of paramount importance.

History of the place

The monastery belongs to the “Golden age”, which was a period of political strength and economic growth. Also, this Golden Age was between the reign of David VI (1089-11250 and Queen Tamar (1184-1213).

It was David who began building the monastery and it was completed by his successor Demetre.

Several buildings were added to the complex in 13th and 14th century, but then foreign invasions took place and Gelati complex was destroyed by fire in 1510 by Turkish invaders.

In 16th century the monastic complex became the residence of the Katholikos of western Georgia and the restoration work began, which continued throughout the 17th and 18th centuries.

When Georgia was annexed by the Russian empire in the 19th century, Gelati monastery lost its Episcopal role.

Grave of David the Builder in Gelati.

Also, There is a grave of David the Builder in Gelati.

He was the very king who began building the monastic complex.

The gates of Ganja taken as trophies by the king Demetre can be found near his grave.

Gelati monastery was included in the UNESCO World Heritage Site in 1994.

Also it was listed in the 2008 World Monuments Watch List of 100 Most Endangered sites in order to draw attention to deterioration.