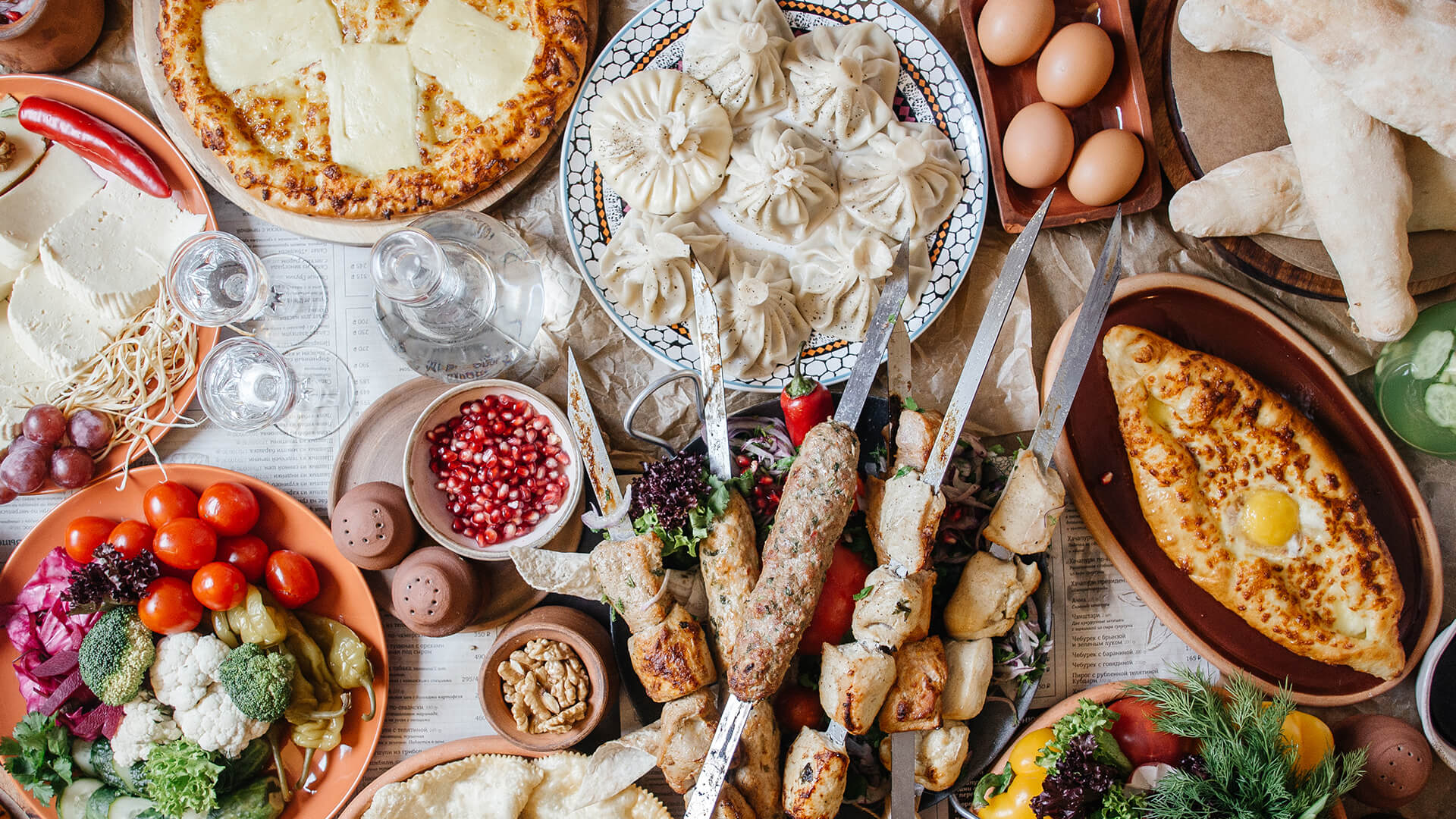 Georgia has its own style of cooking, How?

Tamada must have a great rhetorical capacity

how To eat Khinkali :

One more characteristic feature for Georgian cuisine is the use of plentiful of  Cheeses.

khachapuri and the Georgian regions :

Among the most popular dishes using vegetables and greens are :

Other basic vegetables for Mkhali are:

Best-known sweets among the traditional Georgian Cuisine ones are:

Churchkhela is a traditional kind of sweets in Georgia. we make it of nuts beaded on the thread and then we cook it in grape juice, which is flour-thickened. There are varieties of this sweetmeat; among them best-known recipes of churchkhela is Kakhetian and Imeretian ones.

One of the amazing georgian cuisine amazing taste :

Pelamushi is thick jelly made of grape juice and corn meal. It is mainly served with nuts. The mixture of corn meal and grape juice must be boiled and thoroughly stirred before cooling.