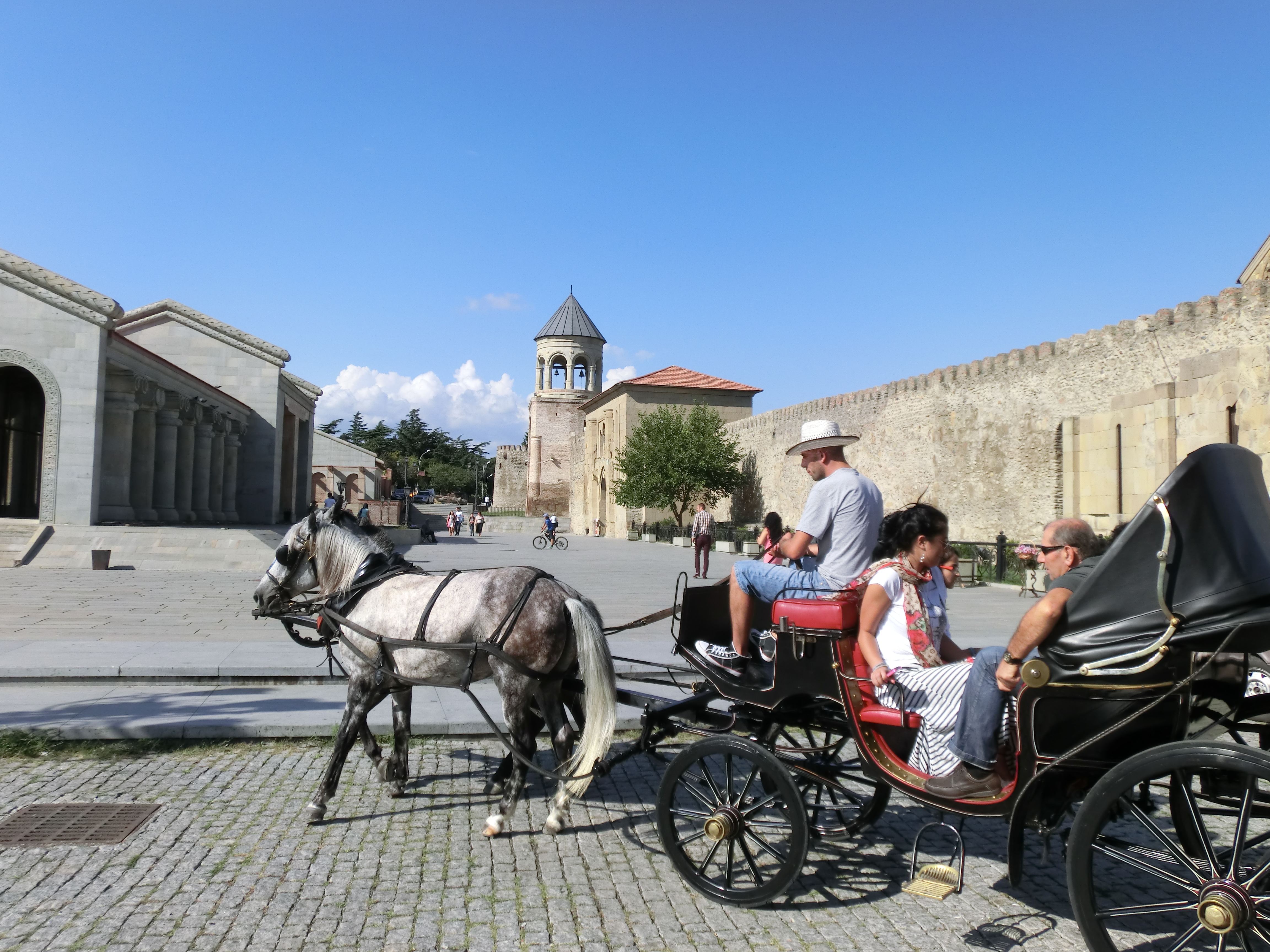 Mtskheta is one of the oldest cities of Georgia, located in Kartli province at the confluence of two rivers – Mtkvari and Aragvi. It’s worth mentioning that the city was capital of the early Georgian kingdom of Iberia during the 3rd century B.C. – 5th century A.D., until the king Dachi I Ujarmeli moved the capital from Mtskheta to Tbilisi due to the will which his father Vakhtang I Gorgasali left him. However, Mtskheta continued to be one of the important cities in Georgia. Moreover, it was the coronation and burial place for most kings of Georgia until the end of 19th century when the kingdom in Georgia ended.

The city has a very big religious importance for Georgia because Christianity was proclaimed here as a state religion in the 3rd century. It also has been a place where pagans worshiped their idols in ancient times.

Mtskheta is a town of historical significance and there are numerous ancient monuments there. The historical monuments of Mtskheta were listed as UNESCO World Heritage Site in the end of 20th century.

Being an ancient town a lot of legends are connected with Mtskheta. One of them tells us about Pompey’s campaign in Georgia. It took place because Rome sought to expand its borders and establish itself as a Hegemon of the Middle East.  In the outskirts of the town there are remains of Pompey’s bridge built by roman legionnaires in the 1st century BC.

Svetitskhoveli is amongst the most significant monuments of Georgia and admiring representative of Georgian Christian architecture. Svetitskhoveli for a  long time been a principal church and is also known as the burial site of Christ’s mantle. It presently functions as the seat of archbishop of Mtsketa and Tbilisi, who is at the same time Catholicos-Patriarch of all Georgia.

Another equally important Monastery in Mtskheta is Jvari, Monastery of the cross. This monastery stands on the rocky mountaintop at the confluence of the rivers Mtkvari and Aragvi. Its history is firmly connected with St. Nino. According to the legend, when she came to the city and converted king Mirian III to Christianity, she erected a wooden cross able to work miracles. A small church was built over the remnants of the cross. As for the present building it has been built in VI-VII centuries according to the inscription on its facade.