8 Days of vacation package with Columbus in wonderland  :

Views and admiring nature characteristic for every part of Georgia in our marvelous vacation package tour of Columbus .

The cultural tour is about the sightseeing in the following cities and regions: Tbilisi, Mtskheta, Kutaisi, Zugdidi and Svaneti.

Also,a guest can see numerous places of historical and cultural importance; Churches, monastery complexes, museums, and palaces-this is an incomplete list of sightseeing within this tour.

Definitely,Guests will enjoy the beautiful views and admiring nature characteristic for every part of Georgia.

For more info about Tbilisi,click here

For more info about Mtskheta,click here 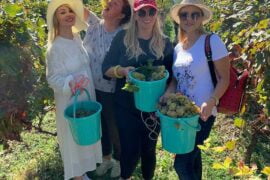