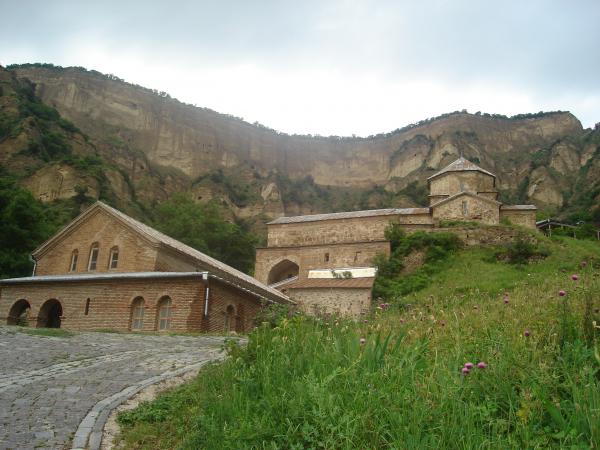 Sarkine was a town situated 8 km west of Mtskheta on the left bank of Mtkvari River. It is mentioned in the old Georgian chronicles among other towns. This territory is known for its archeological importance.  In 1946-1948 an adobe tower was excavated here on the westernmost slopes of the Savanati mountain range. Also Iron Gate, remnants of timber and adobe buildings and the town wall were unearthed at the place.

The settlement surrounded by the adobe wall was excavated in 1954-1967. This settlement must have been part of the town Sarkine. Within the wall a lot of buildings were discovered, among them iron smelting, goldsmith and blacksmith shops.  Some ornamented architectural details were also uncovered. These archeological findings date mostly from the 3rd c. BC and 2nd c. AD.