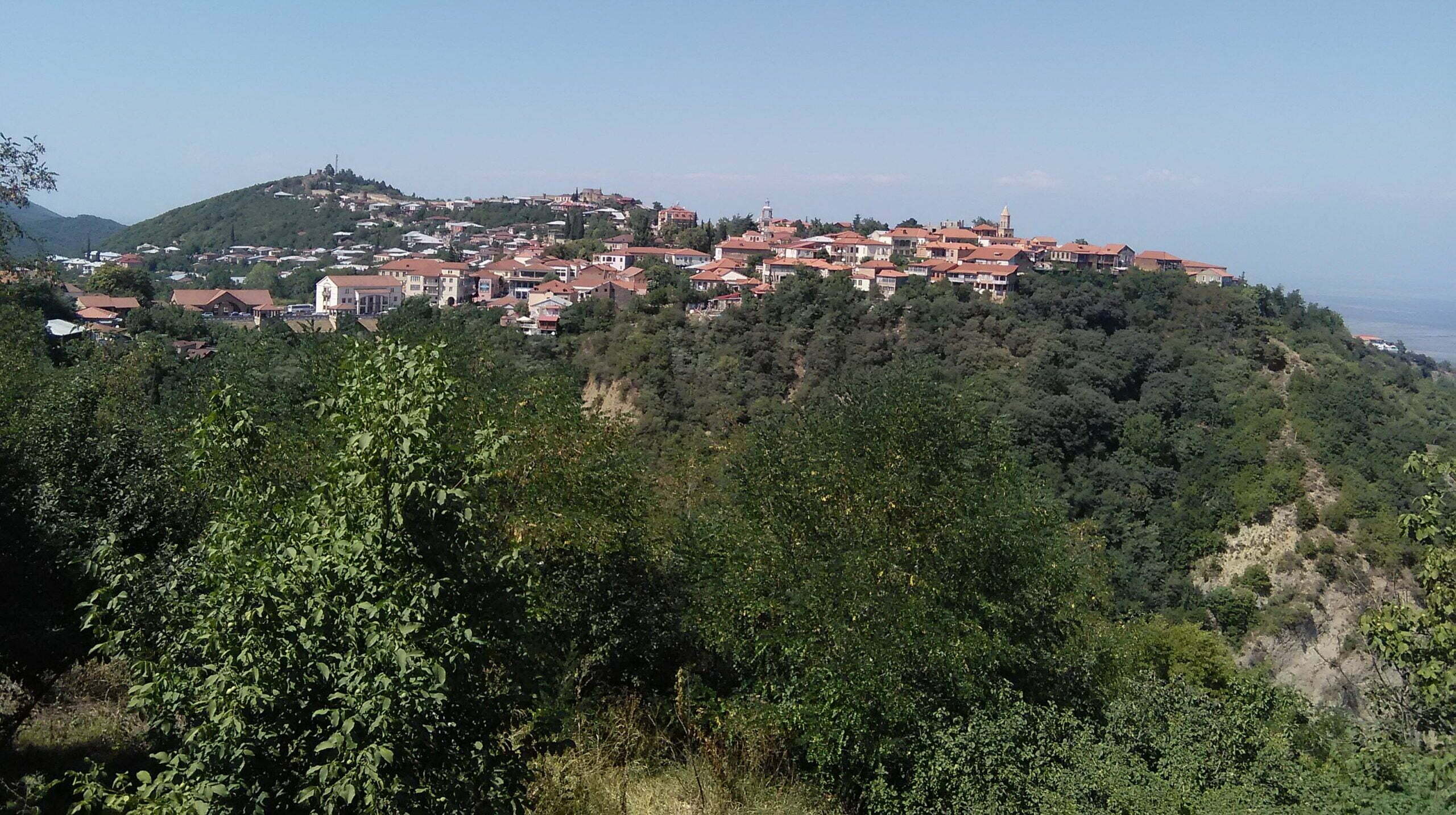 Sighnaghi city of love is one of the smallest towns situated in the eastern part of Georgia. It is an administrative center of the Sighnaghi district. Despite being a very small town, after having undergone a fundamental reconstruction it  became a significant center of Georgia’s cultural and tourism industry.

The history of the area as a town is firmly connected with Georgian King Heraclius II who sponsored the construction of the area in 1792 and built fortress in order to protect the territory from enemies, especially from Dagestan tribesmen. According to the excavation data this territory has been playing an important role since Paleolithic, New Stone and Bronze ages.

Sighnaghi was known as Hereti in the middle ages and then as Kiziqi after the 15th century. As a settlement it was first recorded in the early 18th century.   It’s worth mentioning that the word Sighnaghi belongs to the Turkish Language family (Azeri) and means “shelter”. It was a proper name due to the location of the town-it is situated in the eastern foothills of the Gombori range, a watershed which separates the Alazani and Lori rivers and divides Kakheti into two main parts: inner and outer. It is about 790m above sea level, overlooking Alazani valley and facing the Caucasus Mountains. With these natural barriers it was difficult for invaders to conquer this region easily.

As it was mentioned above Sighnaghi gained its strength mostly in 18th c in the period of Heraclius II. In 1770 by Heraclius’s command it firstly appeared among the towns listed in Georgia. Sighnaghi is surrounded by fortified walls with 28 towers which were built by the local population to protect themselves from attacks of Dagestan tribesmen. Its length is approximately 4 km.

The town has maintained its appearance as it was 200 years ago. Nowadays Sighnaghi is called a city-museum. There is a beautiful view of Alazani valley and the Caucasus Mountains. Local museums and restaurants were upgraded and modernized in 2007. Sighnaghi is also known as a “Love city” in Georgia.